Screenshots aren’t going to sell you on the latest Yozakura Quartet anime: Hana no Uta (Song of Flowers). The borderline lazy and haphazard line work and wildly varying character styles between episodes will be enough to turn anyone with a jaded artistic eye away. If you actually watch it though, well the animation still errs on the side of janky, but aesthetic issues tend to ebb away when it becomes clear how refreshingly playful the thirteen episode series is.

a teenage ogre at odds with her power? Hey wait is that a witch in a pink mini-skirt?

This starts with a cast that is comprised of nothing less than a cat-eared telepath, a pair of terrifyingly strong ogre siblings, a half-demon who can summon objects with just a word and a nurse descended from Dr Frankenstein. Eclectic to say the least and the kind of barely restrained bedlam that constitutes interplay within the core group can range from dancing to a Wii fitness game during a town meeting to mock battles overseen by a lackadaisical town spirit.

All of this is set against the backdrop of a bewildering array of abilities and motivations with Shinto land-gods butting heads with transdimensional half-demons in the form of giant goldfish. In less assured hands this low-fantasy bonanza would be a burden, here though it forms a critical part of the series’ identity: juggling modern values and technology with ancient mysticism and magicks. That identity definitely doesn’t come through the presentation barring the impossibly stylish eyecatches bookending each commercial break, but does in some subtle and some very overt ways.

The latter is best emphasised through a type of fan-service long since abandoned in these days of High School DxD, To Love Ru and endless Kiss x Sis releases: blink and you’ll miss it. Never the punchline to a joke and hardly ever the focus of a scene, the usual array of underwear flashes and breast groping is in play but is so sporadic and unpredictable it would be all but impossible to derive any kind of lasting titillation from it. That job instead goes to the harder to define allure that all of the characters exude. Lithe and curvaceous or stalwart and gentlemanly, everyone from Juri, the short-skirted nurse, to scarf-clad Hime is bubbly and friendly but also frighteningly capable; at their most lethal when their town or their citizens are in danger.

Juxtaposition then, whether of glassy-eyed fury and cherry-blossom festivals, modern values and ancient traditions or technology and mysticism, is the spine of the story. However, beyond the repeated examples of community and forgiveness, the series has no overriding theme. It’s refreshing and allows the individual stories that make up the runtime to be far more unpredictable. Jumping between groups and juggling timelines makes even the extended battle setups enjoyable; even the 2010 OVA Hoshi no Umi (Sea of Stars) is also seamlessly spliced into the chronology.

The shorter character arcs give assumed one-shot characters like Juri a depth that belies their archetype and fan-service ogling, but is at the expense of the grander narrative. It’s for the best really as the story of Enjin and his guerilla warfare on the town of Sakurashin is largely uninteresting and the blow of an inconclusive ending is softened somewhat because of it. Even his status as antagonist extraordinaire is questionable when he is resoundingly thrashed on two separate occasions and it feels as though his nefarious schemes are at the grace of the main cast insofar as they don’t immediately seek out and annihilate him.

It would be impossible to call Hana no Uta bland, but equally difficult would it be to say it reached beyond anything but pleasantly entertaining. For all the giant salamander battles or railway artillery shooting at the Tokyo Tower there is an endearing cast of characters but little else. The hyperactive blending of Shinto mysticism and magical creatures is window dressing and nothing is dwelled on for more than a few minutes before being forgotten in the next caper: a teenage ogre at odds with her power? Hey wait is that a witch in a pink mini-skirt?!

Perhaps more of a disparagement of the source material than the anime itself which by virtue of being only thirteen episodes, isn’t able to do the overarching narrative justice with all the catching up to do after the forgettable first TV series. Foundations are laid though with male do-gooder Akina’s world well and truly turned Fresh Prince upside down and the threat of a catastrophe looming large. It will be interesting to see whether after two TV series and two separate sets of OVAs, if possible further instalments are able to pull a satisfying conclusion from what is a beguiling but as yet largely under-utilised world. 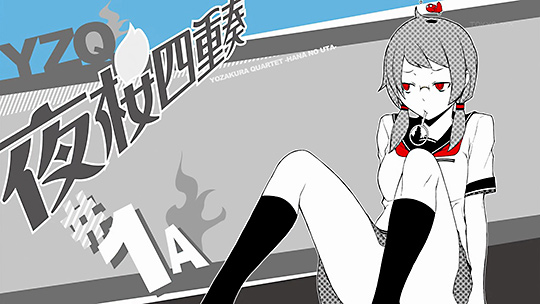 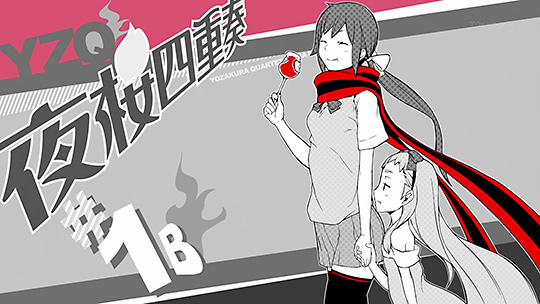 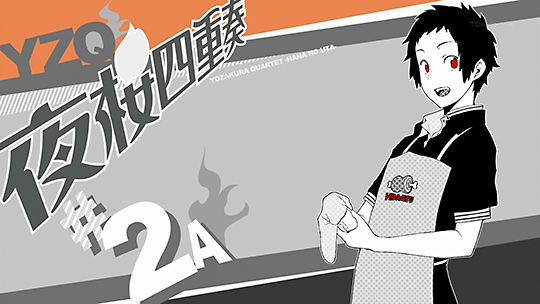 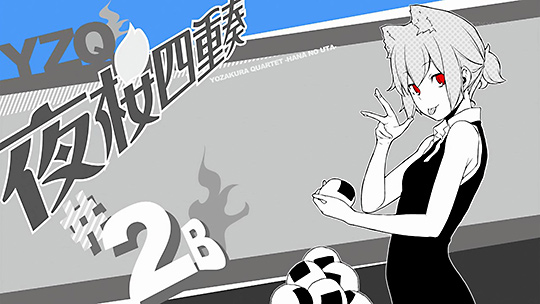 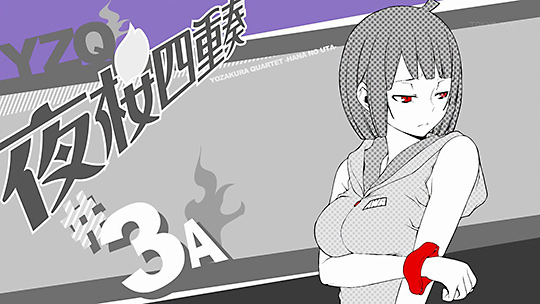 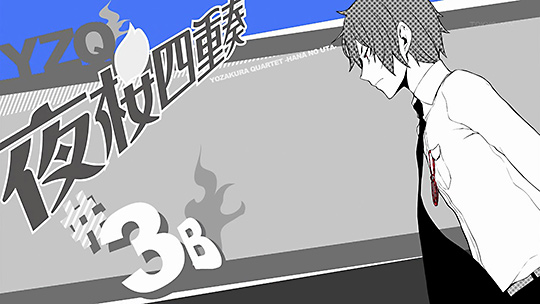 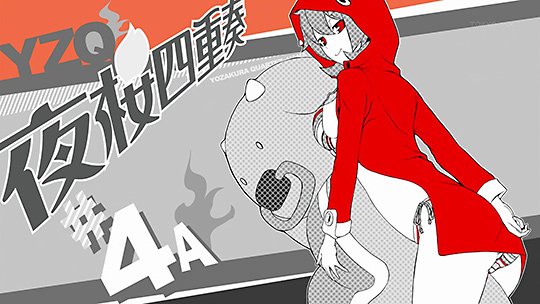 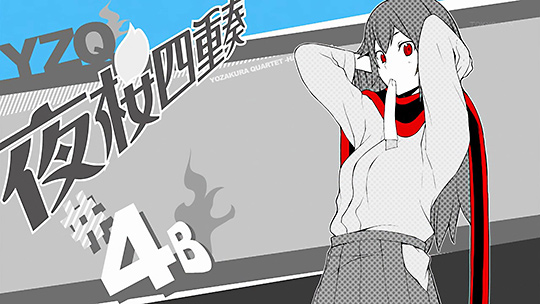 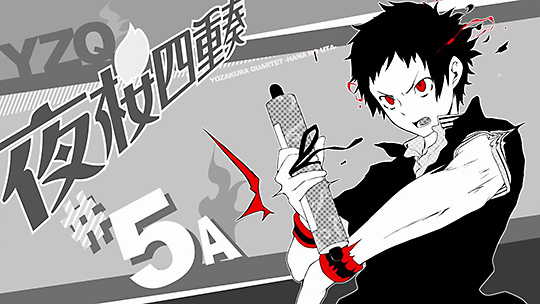 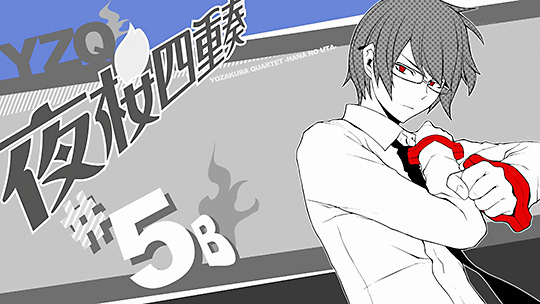 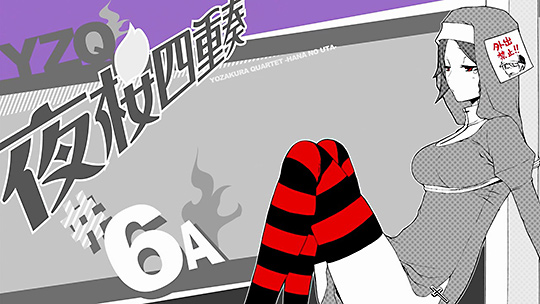 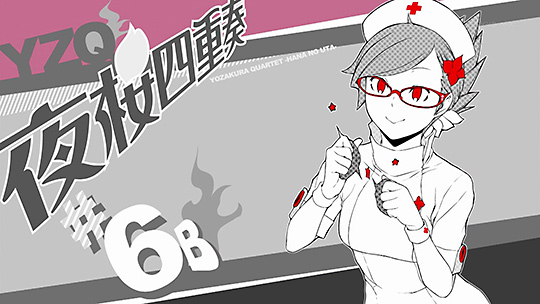 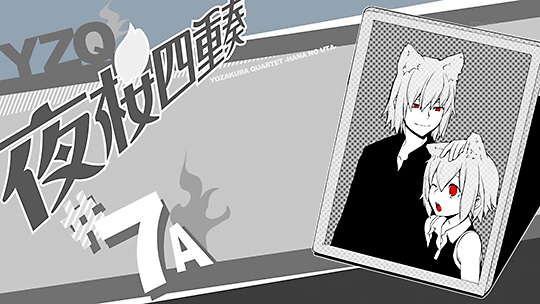 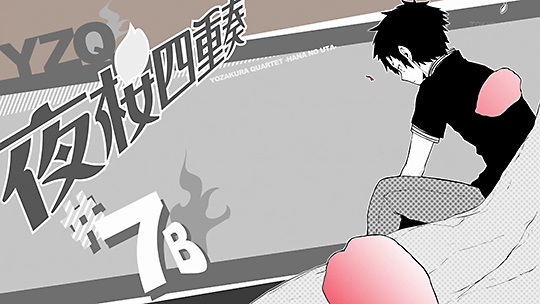 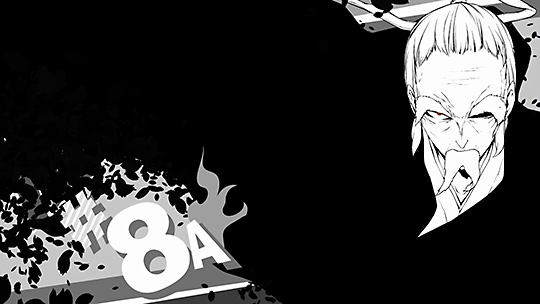 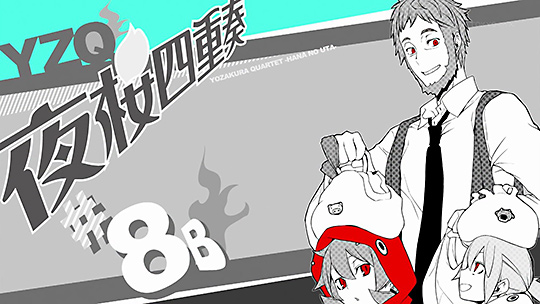 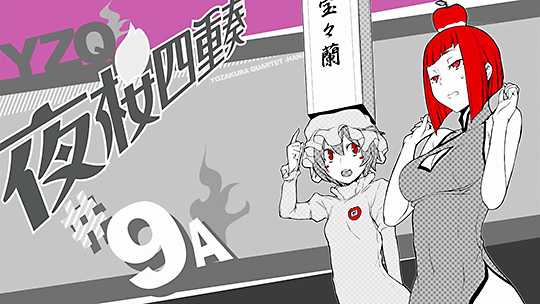 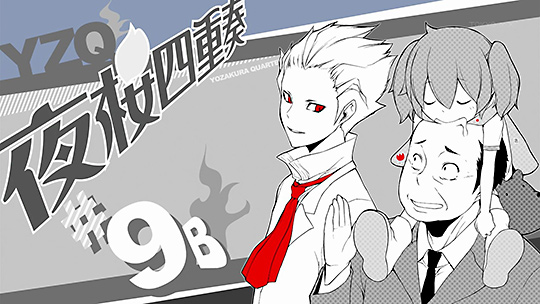 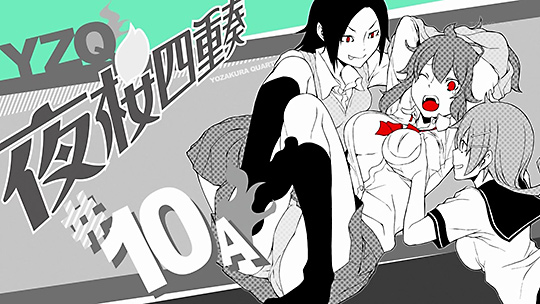 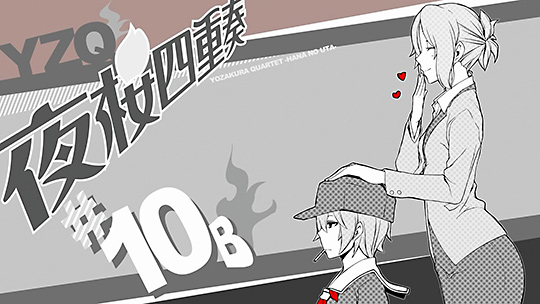 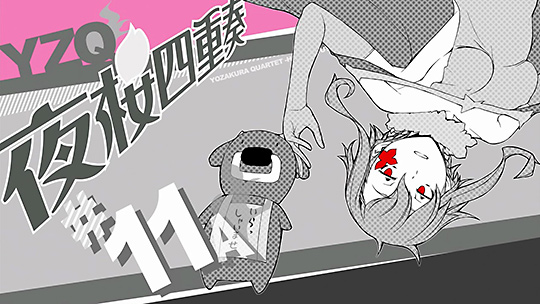 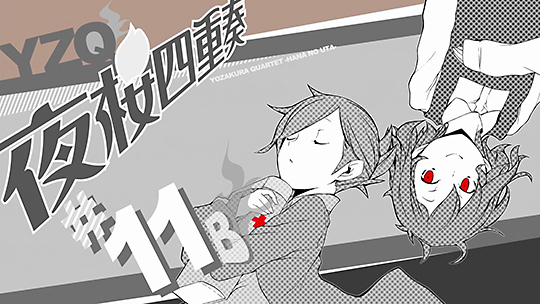 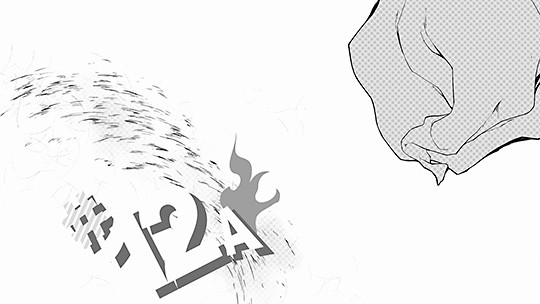 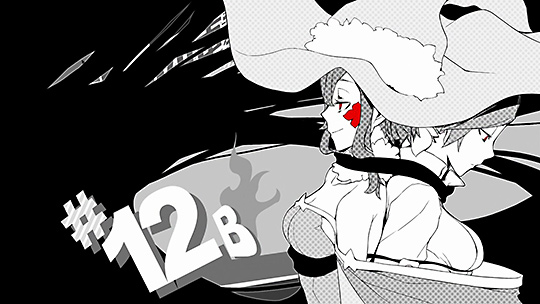 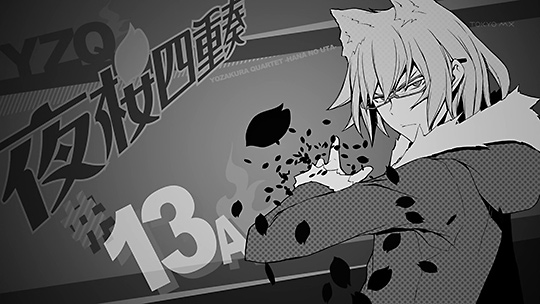 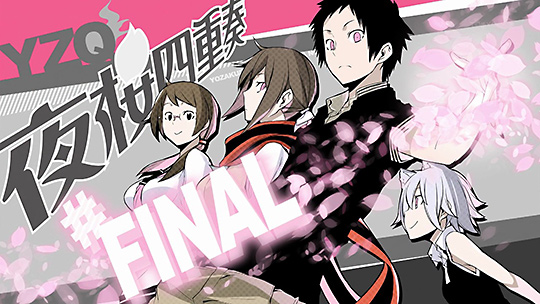 > it would be all but impossible to derive any kind of lasting titillation from it.

> The borderline lazy and haphazard line work and wildly varying character styles between episodes will be enough to turn anyone with a jaded artistic eye away.

Please don't misunderstand, I'm not an animation snob who needs pin perfect art every frame and a lot of my reservations could be down to style more than anything. But there is a noticeable difference, episode to episode, with individual scene's quality.
the line work isnt haphazard or lazy - it's just how ryo-chimo and co animate. the char designs are built for fluid and dynamic motion, which for YQ is preferable given the large amounts of movement in each scene. I think the jaded artistic eye will find plenty to like in Norio Matsumoto's, Shingo Yamashita's and Yuki Hayashi's cuts as well. read more here: http://busterbeam.tumblr.com/post/63991117617/crobdan-wanted-me-to-copypaste-this-forum-post-i

but Hoshi no Umi was significantly better than Hana no Uta imo: less perviness, tighter narrative, more sakuga.
I can't disagree with any of that and it's great to see an explanation from someone with more knowledge on the technicals of animation than myself. I perhaps used the term more literally than intended.

I did like Hoshi no Umi an awful lot and it's easy to see how it was the prototype for a lot of Hana no Uta. I still haven't seen the second of Tsuki ni Naku, might wait until the third episode is released before catching up.