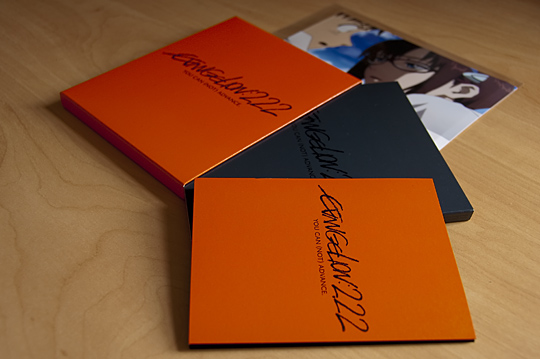 Rewatching Code Geass R2 set my mind working on something that has been gnawing at me for a while, and it's only recently that the semblance of an answer began to take form. The part in question takes place towards the end of the season and is when the Emperor's plan is revealed to Lelouch concerning the Mental Elevator, C's world and the Sword of Akasha: that of unifying the world into a single, super consciousness. Depending upon the anime one has watched this will likely be a familiar concept and one that has underpinned many influential and subversive series.

everybody ends up all warm and fuzzy and with a greater understanding of Mayan philosophy
The most obvious proponent of this concept is of course Evangelion which constructed elaborate systems based upon Jungian psychology, theology and science and implying that the next evolution of humanity isn't as discrete individuals but as an amalgam. Without delving too deeply into the labyrinthine plot of the series and movies, End of Evangelion demonstrates this with everyone melting into a fluid, whereas the final episodes of the series give a fractured glimpse at the emotional montage Shinji suffers during this. Released in 1995-96, this was mostly the result of Hideaki Anno who it is anecdotally said spiralled into neuroses around the half-way point of the series which is coincidentally when it shed all pretences of being a fluffy children's show and went full bore for dark and symbolic. 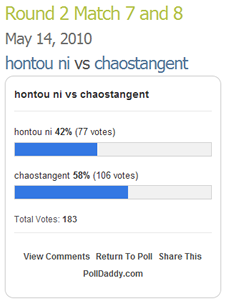 By some bizarre fluke I have managed to squeeze through the second round of the AniBlog tournament with a win despite my expectations otherwise. Much respect to hontou ni for a close-run tussle, there were times when there were less then five votes between us which made for some frantic checking. I am up against Ogiue Maniax in the next round which is a daunting prospect but I wish him all the best for the next round, hopefully it will be a interesting match up. Musing on the tournament though has brought to the fore a lot of ideas that stem from it - primarily why participants are voting and commenting like they are.

Many people who watch anime, one can imagine, do only that - whether that's on TV (either American, Japanese, European, Malaysian or any other location) or anything they find to download or stream, it's probably fair to say that the majority don't interact or otherwise think about anime beyond that. Apart from them however there is a gumbo of different ways of passing information around about anime whether that's forums, instant messaging, Twitter, blogs, IRC, conventions, podcasts, conversations, university clubs or myriad other possibilities. The problem those mediums and the nature of fan communities suffer from though is that they naturally foster insularity. It is, as a fan, very easy to become entirely engrossed in a select few avenues of communication to the knowing or indirect exclusion of others. But being aware of those other groups and paying them respect is something I feel a lot of anime fans don't do and the AniBlog tournament has, among many other things, exposed.

The proliferation of maid shows is a peculiar phenomenon that seems to have sprung up in anime in the past few years. The watershed perhaps being Mahoromatic in 2001 (itself adapted from a 1998 manga) and then picking up speed with He Is My Master in 2005 and exploding recently with a bevy of series such as Hand Maid May, Mai-Otome and Ladies vs. Butlers as well as ancillary shows such as Hayate the Combat Butler and Black Butler. The premise invites branching out into the aristocratic area with series like Princess Lover as well as the host-club dynamic with Ouran Highschool Host Club and this season's Kaichou wa Maid-sama!. The fascination with maids always bugged me, especially the recent maid café situation; coincidentally, reading up on the hikkikomori syndrome lead to a theory.