I’m not the best person to be objective about the Bayonetta anime movie, Bloody Fate, or anything to do with the franchise to be honest. The amount of time I spent on the first game was more extensive than any other I have ever played and I was halfway through a ridiculously difficult challenge (a Pure Platinum run) when either through circumstance or willpower I dragged myself away from it. I can’t look at the movie with fresh eyes and comment on the blatant ridiculousness of it all because for better or worse, it has lifted the game’s style, attitude and story directly from the first game.

How about a muscly tattooed guy in shades playing the organ?!

The former two of those points are where the meat of a debate is, the latter though will undoubtedly be the biggest issue for newcomers. The titular Bayonetta is a witch with guns strapped to her high-heels and clothing made out of her own hair who fights against masked angels. Having been awoken from a centuries long slumber without any knowledge of her life before her torpor, she is strangely drawn to the reclusive leader of a religious order while being pursued by the tenacious journalist Luka. That’s the set up, the execution involves a motorcycle chase, a chainsaw three times longer than Bayonetta is tall and a whole lot of incongruous, barely censored nudity. 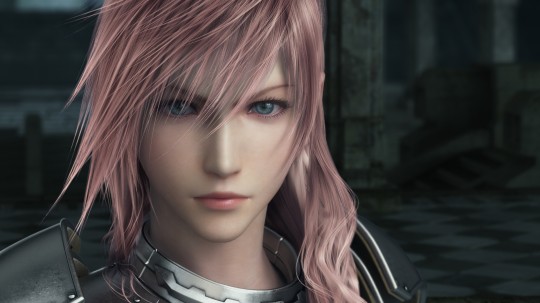 Having now completed most all of what FFXIII-2 has to offer according to both the trophy screen and the challenge the end-game activities provided, I'm ready to go into my thoughts on the game.

The trailer for the latest Silent Hill instalment to come from Konami filled me with a rare kind of glee. However, I haven't played a Silent Hill game since Homecoming and haven't completed one since the The Room and it made me wonder why I still get excited about the franchise. The series has seen Akira Yamaoka mutate from music director to music god to game producer, but has now left the nest to join Grasshopper games, so it is certain that his iconic and atmospheric music will not be gracing the eighth entry. The music from the trailer sounds sterling though and while an unabashed fan of his music for Silent Hill, I didn't greet the news of him leaving Konami and the franchise with anything more than a "huh".

far harder is it to see a series slip into confused mediocrity than to precipitously burn out
I fell in love with Silent Hill, both the town and the game series, during the second and third iterations. The third bizarrely came out in the UK before the rest of the world and was one of the first games I got for the PS2, likewise the second game came belatedly to the Xbox and was another firm favourite. After them however the series faltered and hasn't really recovered what made it special - certainly all the individual components are present in games such Homecoming but the spark has never been seen since. And yet I still wanted to tear apart the latest trailer and put the pieces under a microscope, examining them for clues and hints as to what was to come.

I am abjectly terrible at fighting games. This didn't stop me from seeking out arcades in Japan to hamfistedly fondle the seductive BlazBlue machines, or importing the US version when it was released, or venturing online to be emasculated in short order. I may appreciate their focus and purity but a lack of innate talent and free time means I'll never be as good as I desire. Talent is not in question, but is my ineptitude really an issue of time?

waiting for a time when I've run out of series to review and ideas to explore
Certainly a nine to five job blocks out close to ten hours of the day, but leaving a modest six hours for sleep that still leaves eight hours for hobbies and the minutiae of life. Pondering the issue more, I could only conclude it is still fundamentally a time issue, but it would be more apt to brand it as a lack of dedication. When that invisible plateau is reached where the time to become better encroaches on the ability to enjoy other games and anime, that dastardly analytical part of my brain takes over.

Even when I'm waist deep in Noel's story and practically giddy from her soundset when facing Litchi, a mental flag pops up. There's new anime to be watched! New games to be played! Things to do. Sometimes very good games can override this, dragging me under for weeks at a time, however all it takes one slow section to send me gasping back to the shoreline. This sounded like a good enough reason: essentially a free time defence mechanism; and it certainly fit with my habits, but it doesn't explain why the balance between video games and anime I used to maintain had been broken, marginalising former in favour of the latter. 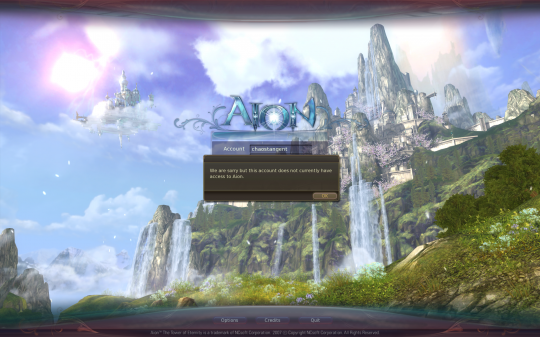 I have decided, perhaps foolishly, to start playing an MMO - Aion. If one were to ask the reason for me deciding this, I could not give a single answer. I can quantify my reasoning, but not give a single definitive motive.

To backtrack, I don't usually play MMO's: I haven't played one extensively since Ultima Online back when 28.8 modems were considered cutting edge. I have dabbled only once since, joining the first iteration of Guild Wars, an NCSoft cost-to-buy but free-to-play system that was bought for playing with my significant other of the time; suffice to say neither of us took to it and that experiment ended with a little fanfare. I did hear of Aion when it was released in Korea at the tail end of 2008, although at the time it blended in with the general background noise of the Korean gaming scene of which MMO's play a large part.

I capitulated and purchased the Collector's Edition that had been beckoning to me, siren-like, on Steam
I think one of the aspects which swayed me into at least trying Aion was the aesthetics. Despite my ordinary avoidance of superficiality, I am by nature drawn to pretty things, a severe character flaw I'm sure. So it had crested the first hurdle in getting my attention. The second draw was the pleasant buzz surrounding it, anime and game blogs alike weren't exactly haemorrhaging praise but there was a decent undercurrent to the otherwise acerbic MMO discussion. Partnered with the looks came the lore, typical high-fantasy fare with a generous sprinkling of ethereal names that only just manages to be convincing of when it was conceived: moments before it was decided to be an MMO. And then there was the marketing: