(Another was originally a book by Yukito Ayatsuji. With news of a translation yet to appear, I'm trying to reconstruct the novel from the first three episodes of the anime series)

I woke up in the hospital. It felt like I had been dreaming, but there was clichéd narration and an awful, terrible song playing. It was still 1998 so I was slightly disappointed I hadn't time travelled to a future where ALI Project had been outlawed.

Outside the sun was setting and the backwater town I had moved to seemed ready to sleep. My Grandma and Aunt were chilling with me on dialysis. At least I assume it was dialysis, I wasn't entirely sure what they were doing with tubes in my chest but they had said it was medically relevant. We chatted about my father and late mother, and where I was going to school. Some students came to visit me with all the cheer of a funeral procession. Must be depressants in the drinking water. 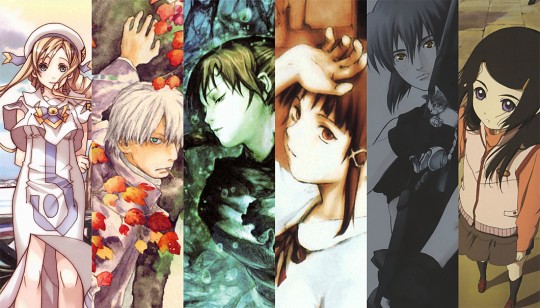 A few years ago I almost lost the hearing in my left ear. The gory details are best omitted, but I was left with (what the doctors claimed) was 20-30% hearing and only two thirds of the bones I should. For all intents and purposes I was deaf in that ear, a lopsided and mono world where car alarms didn't exist (a boon at 3am) but wearing headphones was painful.

Two years and two operations on I have most of my hearing back. All of this is just context for me to say: my hearing is precious to me and I am precious about it. It is a cliché to say that you don't know what you've got until you've lost it, but when it's personal it really brings it home.