Read other peoples’ reviews of Log Horizon and a pattern emerges, whereby your enjoyment of the series seems predicated on your level of involvement with MMORPGs and by how much you want an anime series to capture the feelings they invoke. So on the one hand you have those who have played since the heady pioneering days of Ultima Online and Everquest and have moved past the day to day minutiae of MMO activities with an elevated focus on community and meta aspects to the experience. On the other, you have those who seek the thrill of loot, of building one’s character, min-maxing and optimising and savouring the Pavlovian new-level ping.

that knowing sense of daftness when a samurai takes down a boar ten times his size, or when a griffin tries to eat Naotsugu’s head

Log Horizon contains characters from that entire spectrum but as a series, favours the former over the latter. The concept of characters becoming trapped within an MMO is definitely not unique but its approach to telling a story within that structure is. Perhaps most crucially though is that the series seems to understand which core tenets of MMOs make a good story rather than doing the opposite trying to apply a story to an MMO.

The first scene of the first episode of K is an animated slideshow of cast names in English, each set with a different font. It’s definitely an odd way to start the series, given that as a fresh viewer, the names mean nothing, but the lingering sentiment is that, as with the clash of different fonts, this is a series that is fighting desperately for a personality of its own. There’s no question it has style, but rather than having too much of it, it has too many.

There’s the main story, for instance, of Yashiro Isana, a mysterious boy who has been framed for murder. Then there’s the other main story of Mikoto Suoh, the Red King, and his street gang battling against the Blue King, Reisi Munakata. Or the other main story about Kuroh Yatogami attempting to hunt down the Colourless King before he ascends to power, and the relationship he may have with the all powerful Silver King. There’s an awful lot going on but in spite of this, the series manages to be almost unceasingly boring.

Now that I'm back from my trip to India it would be a little odd to write retrospective blog posts on it; unfortunately both time and internet connectivity conspired against me writing any posts beyond the first two. From what my friend had told me, I expected the internet connection to be limited, but its stoic unreliability meant that uploading photos or trying to write anything in Google Drive (my go-to place for writing) was all but impossible.

For expediency then, I'll gather together all the different media that I accumulated while there below. Right now, a day after I travelled back, I don't have much else to add. 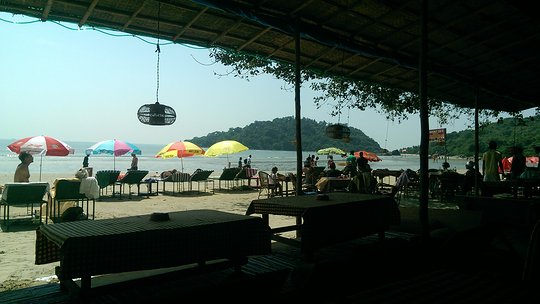 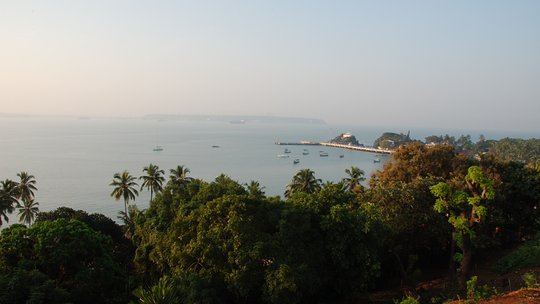 It’s surprising how quickly I shifted back into the travelling mindset having not done it for over five years now. There’s something to be said about milling around in an airport for several hours waiting for the first leg of your multiple thousand mile journey. And then there’s running through Charles De Gaulle airport with only fifty minutes to make your transfer - the transfer, the only one that really matters - only to be told be a machine that your booking doesn’t exist and for an Air France representative to tell you that you need to transfer to a different terminal. Meanwhile a girl two desks down from me seemed to be having a worse time, stabbing at her phone with her fingers trying to make someone, anyone, understand.