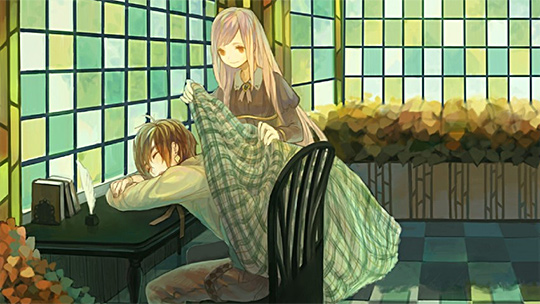 I should know better really, I do it every year. The summer or autumn anime season rolls around and my interest in keeping up week-on-week ebbs as quickly as the long nights. It doesn't so much break a habit as press pause on a lifestyle, leaving other hobbies and interests fill the vacuum.

I would rather read a book about hikkikomori syndrome than I would about media theory and Nausicaa
As the source dries up, content for this blog follows suit like an abandoned tributary. As with anything you do for sixteen years, I never wholly stop. I follow hang-overs from the previous season (Accel World, Eureka Seven AO and Hyouka in this instance) in spurts and sprints but the impetus to write anything about them is vanishingly small. Though not for lack of trying. I've tried to elucidate my qualms with Hyouka no less than three times only to end with the digital equivalent of crumpling up a sheet of paper and hurling it towards the bin (pressing delete on a Wordpress draft).