The recent airing of the second series of Hyakka Ryouran Samurai Girls poses the question of why the stylish but lacklustre first season was deemed worthy of a sequel, but also conjures up the spirit of genre stalwarts such as the long running Sekirei and Ikkitousen franchises - each series with a more ridiculous alliterative subtitle than the last - as well as one-offs such as Tenjho Tenge. The specific taxonomy of these series is usually spread between "fantasy", "martial arts" and the all-encompassing "fan service" categories, but works equally well as just "fighting fanservice" (FF).

With a few exceptions, the entire point of these series is to group voluptuous girls together so they can beat seven shades of tar out of one another, usually with disastrous consequences for their clothing and decency. Twice tickling the lizard brain for those who are titillated by such things then: violence and sex. Tweak the variables from breasts to blood though and you have horror (see Blood-C, Elfen Lied, Ga-Rei Zero etc.). Catering to base desires though doesn't leave a lot of room for story or character development with many of the plot lines and episodic stories simplistic even if they were in a children's Saturday morning cartoon and utterly worthless for anything other than hurtling the cast from one arena to the next. 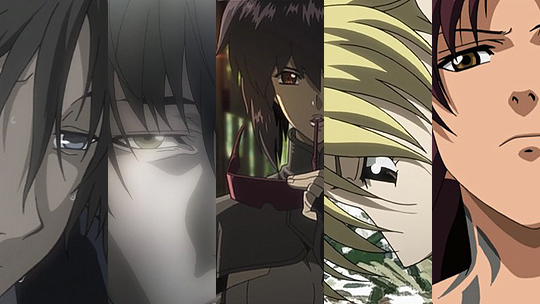 Watching the latest series of Ikkitousen, with the absurd subtitle of Xtreme Xecutor, is like viewing a relic of the past. Series focused on both fighting and fanservice have long since surpassed it in terms of what can be offered: whether that's titillation or solid action, the first three episodes contain much of what characterised the first three series. Primarily an adaptation of the Romance of the Three Kingdoms epic (of which there is a self-titled, more straight faced series airing within the same season) with some lacklustre combat and ludicrously proportioned girls losing their clothing at the slightest opportunity. Next to nothing has changed from the preceding series, so like slipping into an old set of clothes, there is comfort in the familiar but also lamentation at their threadbare state.

Mostly ignoring the resolute waste of time that was Great Guardians, the schools are enjoying a time of relative peace after the battle which took place at the climax of Dragon Destiny. That is until a spunky young lass appears attempting to make trouble for some fatal grievance her brother-cum-guardian suffered at the hand of the nefarious Sousou. After a selection of tepid duels, some involving baked goods, she is put in her place and only barely manages to escape; she is picked up by Ryuubei stumbling blindly in the rain and taken to Seito. The girl, Bachou, begs to be trained at the school until a misguided excursion with Ryuubei leads to an intervention by the interminably ditsy Hakufu. Now begging to be trained by Hakufu, an imperial decree is delivered with word of a new fighting tournament, issued by someone claiming to be the Emperor Kentei.

Calling Goshuushou-sama Ninomiya-kun stunningly unimaginative would be a gross understatement. In three episodes the series has done nothing to endear itself; the only bait it has for its meagre hook is the fan-service which given the ropey art-style is perhaps not bait at all. Three episodes is enough to see exactly where this series is heading: it more or less started at rock bottom and each episode just gives it a new shovel to keep digging.

It's fair to say that series like Goshuushou-sama Ninomiya-kun are a dime a dozen, from Green Green to Amaenaideyo, mediocre fan-service is usually not a valid enough premise to warrant sitting through a series, be it 13 or 24 episodes or longer. Series such as Girls Bravo or Ikkitousen more or less perfected the rampant exposure of the female form, the former relying on increasingly racy content while the latter delving into classical Chinese literature; GSNK has neither the energy or the creativity to maintain interest beyond an initial viewing.