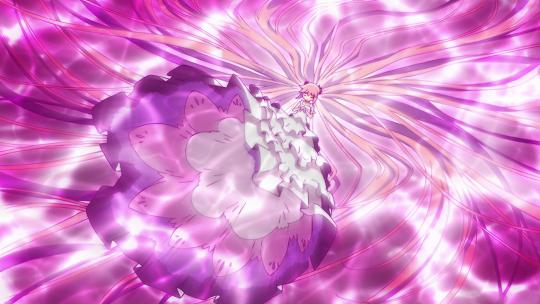 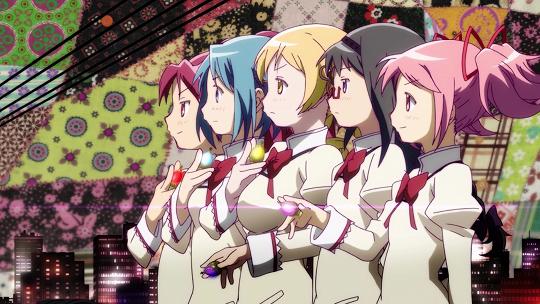 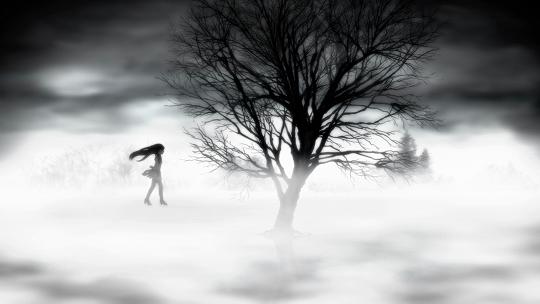 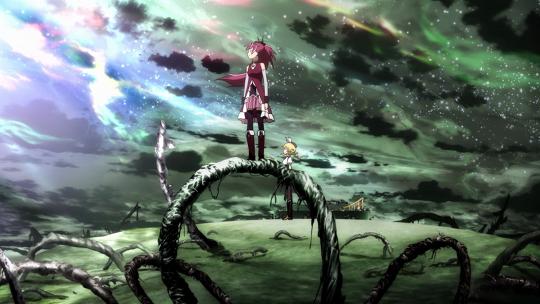 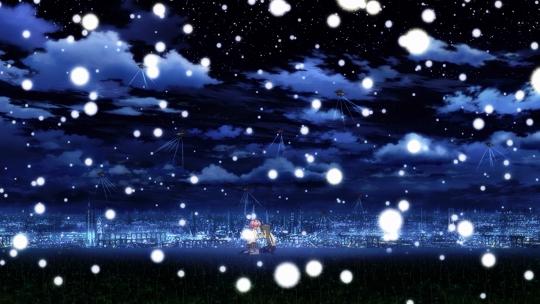 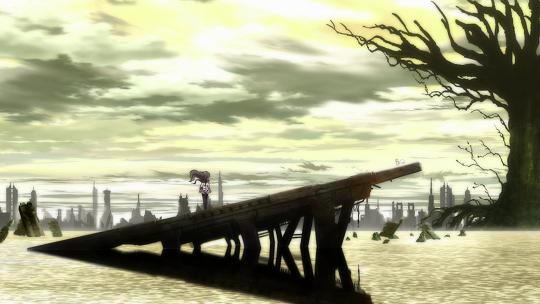 Six hours. That’s how long all three Puella Magi Madoka Magica movies run for, eclipsing the series run time by over an hour. You could just playlist all the series’ episodes and still have runtime spare to put up screens full of text describing what Gen Urobuchi ate for dinner when he was writing the series. A series that accumulated so much credit with so many fans that such a production would probably still be enough to line studio SHAFT’s pockets for years to come.

forsaking all normal laws, forcibly rewriting the universe and wreathing herself in hellfire

The backlash of course would be immense and it’s perhaps of a good thing that the three movies don’t do this lest we never hear the end of such entitled scorn. Of course when I say three movies, in reality it’s the first two movies which do this and it’s left to the third one to justify the movie franchise’s existence. I was not the greatest of Madoka’s fans when originally watching it as it aired; certainly there is a lot going on in terms of theme, pathos and direction and the pedigree behind it is obvious to see, however it was fundamentally a magical girl show regardless of its subversions or contrary tonal juxtapositions. That’s not a denigration of the genre as a whole, just a matter of taste and it not being to mine.

For a lot of anime I have a hard time remembering what any of the characters are called once the series has wrapped up; I’m not especially bad with names, most characters just don’t make enough of an impression for me to recall their names. And really, that’s just a polite way of saying that for most characters in anime series, I wouldn’t piss on them if they were on fire. That definitely hasn’t been the case for Silver Spoon (Gin no Saji) because apart from the horse, everyone’s names I find pleasingly easy to recall.

It’s a perfect indication of the gift that Hiromu Arakawa has for crafting characters that, regardless of their circumstances, feel like people more than just archetypes. She may have more experience with farming and agriculture given her being raised on a dairy farm in Hokkaido than alchemists and homunculi but Silver Spoon still has a sparkling sense of personality that renders it such a rare and enjoyable series. Spanning two separate seasons and only twenty two episodes and covering just two terms of Hachiken’s time at an agricultural high school, it’s startling how trepidatious I was when coming to the last episode; not because the series was building towards a climax, but because once I had finished it, the series would no longer be a regular fixture.